Stella: The reinvention of a cinema

Since it first opened in 1923, it has provided the backdrop to thousands of first dates; it’s kept generations of students warm when they nipped in to catch the late showing, and provided many of us with our first experience of the big screen

Few places are as ingrained on the psyche of Dubliners as the Stella Cinema. Since it first opened in 1923, it has provided the backdrop to thousands of first dates; it’s kept generations of students warm when they nipped in to catch the late showing, and provided many of us with our first experience of the big screen. Back then it consisted of a dance hall on the first floor and a 1,238-seat one-screen cinema. Even then, the attention to detail was remarkable. A water fountain was constructed in front of the screen, which lit up in different colours during the interval.

The building’s façade too, quickly became an iconic part of Dublin’s streetscape. It was therefore a shame to see it fall into disrepair when it closed in 2004, the victim it seemed, of everything from box-sets and streaming to the rise of the multiplex. It was something of a relief when, in 2016, it was announced that the cinema was to reopen. Few though, could have envisioned what that reimagining would look like. The man at the helm of this regeneration is Karl Geraghty, who cut his teeth in Dublin’s nightlife scene and was previously the manager of The Workman’s Club on Wellington Quay. If that’s a change of pace for Karl, it’s one he has embraced. 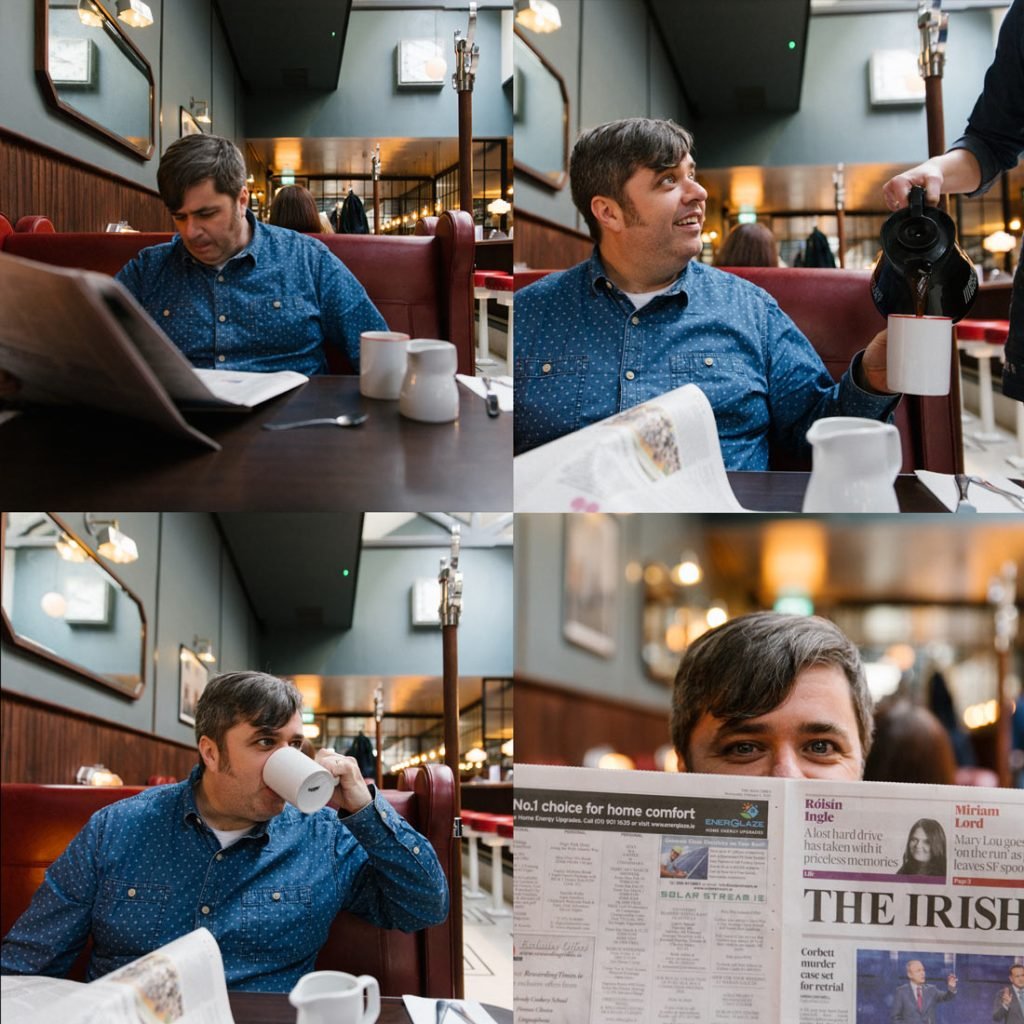 “Even before the renovation started, I saw the place and knew I wanted to get involved,” he says. Those renovation works were extensive, removing all the add-ons the cinema had undergone in the decades since it opened. That included turning it back from a two-screen cinema to one screen, and removing the concrete roof that had blocked the original ceiling, which was then restored to its former glory. “It was a massive job,” -Karl Geraghty

“Just to remove the concrete ceiling took two months. There were guys doing building work and there were other people doing research, trying to find photos of what the place looked like, trying to speak to people that had been here to get it as close to what it was it when it originally opened.” The sound too was an issue, and something that didn’t become apparent until customers started arriving. 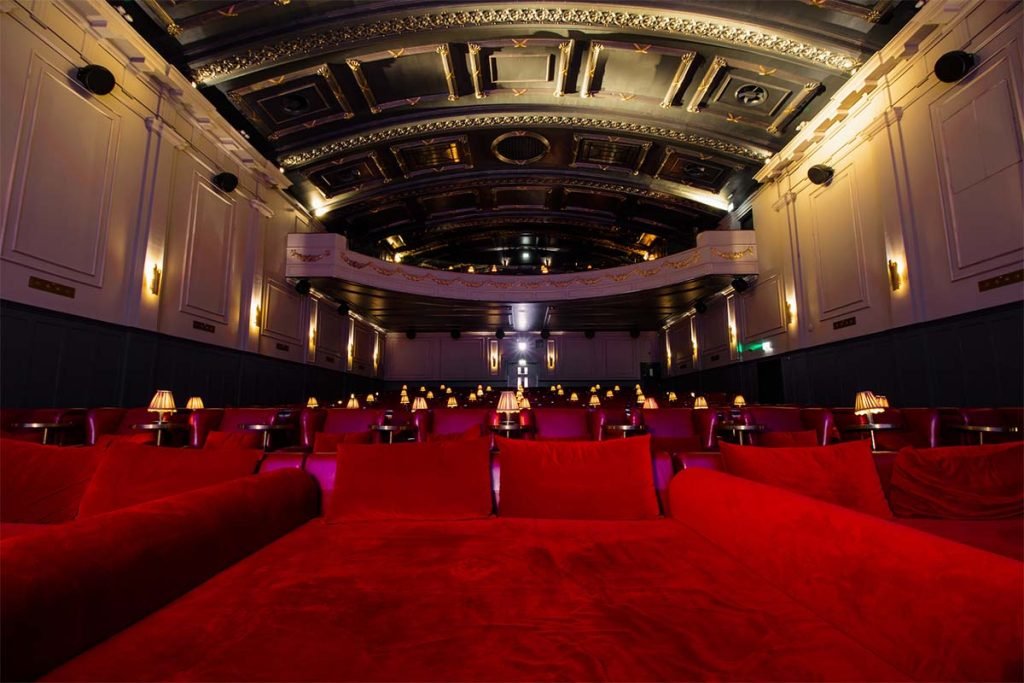 “It’s an odd shape for a modern cinema, it’s not a black box with padded walls. It’s got hard walls and a balcony and they are not designing sound systems for that, so we had to improvise,” Karl says. “The system that we have in here now is completely unique to us, so there’s no other system like it in the world. It was done with the massive help of a lot people who came here – the thing about people paying €19 a ticket is that they are quick to let you know how they feel about it. We would ask anyone who had an issue about the sound to let us know exactly where they were sitting and what the nature of the sound problem was so we could fix it. We spent a year working with different experts, until about eight months ago we made our last change, and we haven’t had a single complaint since.

There were other fears too: would people be willing to buy tickets days or weeks in advance? “In Ireland people tend to buy tickets on the day, whereas here it’s like theater, people buy tickets two or three weeks in advance,” Karl says. “But the reception to what we have done has been phenomenal. This [single-screen] model is very popular in the UK, so we felt there was a market here for a single-screen, luxury, event experience, as there was nothing like that here at all. We are still out there on our own, but there are other cinemas like the Lighthouse and the IFI who don’t do this, but they do their thing really well.”

The Stella is bringing the cinema experience full circle, when a trip to the movies was a big night out, rather than something to do when you’ve got a few hours spare on a Tuesday afternoon. Take the amazing seats, for example. 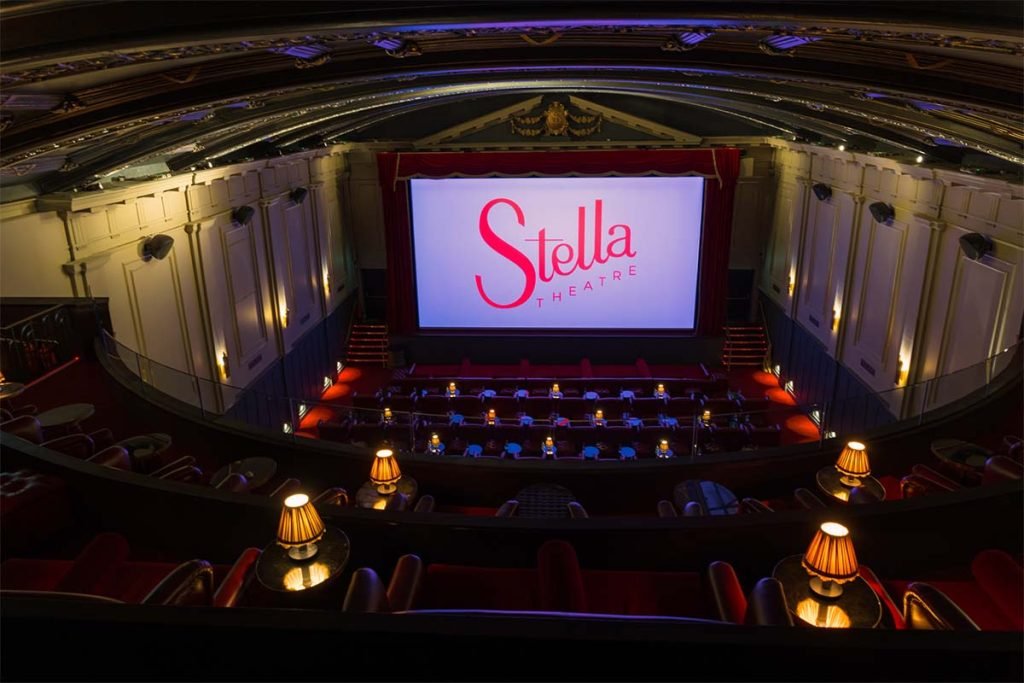 “All our chairs are beautiful red leather armchairs with head and footrests,” Karl says. “There are also two-person couches available and four beds which line the front row for extra comfort. Our auditorium is split into ground and balcony seating which allows you to take in the beautiful surroundings of the theater from numerous angles.” No wonder then, the revamp has generated such a buzz.

“We get a lot of people coming in who haven’t been to the cinema in decades,” Karl says. “But this is a piece of history and they want to come here and see it. I know one family that would have had their family portraits taken in the Stella every five years.” Karl is very much aware then, of the responsibility that comes with running this piece of Dublin’s heritage. “There’s a lot of people with a huge amount of connection to the cinema, and it’s something we don’t take for granted. We encourage every guest who joins us to share their Stella stories as we love to hear them.”

Tickets to The Stella can be booked here.

The complete guide to a weekend in Dublin

How to build an art collection

Introducing Our Newest Residents to The Devlin

Manage Cookie Consent
To provide the best experiences, we use technologies like cookies to store and/or access device information. Consenting to these technologies will allow us to process data such as browsing behavior or unique IDs on this site. Not consenting or withdrawing consent, may adversely affect certain features and functions.
Manage options Manage services Manage vendors Read more about these purposes
View preferences
{title} {title} {title}